A dazzling trip for your wish list, Japan’s Golden Week is a collection of national holidays spread over two weekends.

This year is exceptional; the Emperor is scheduled to abdicate the throne on April 30, followed by the ascension to the throne of the new Emperor on May 1, which will be made a national holiday. As a result, April 30 and May 2 will also become national holidays (because according to Japanese law, a day between two holidays also becomes a holiday), creating a 10-day holiday from April 27 to May 6. 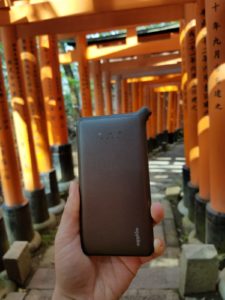 April 29 is the birthday of the former emperor, Showa. May 3 is Constitution Day. On this day in 1947, the new Japanese Constitution was ratified. May 4 is Greenery Day; it celebrates Japan’s abundant flora and natural beauty. May 5 is the Boy’s Festival. Families pray for the health and future success of their sons by hanging up carp streamers and displaying samurai dolls, both symbolizing strength, power and success in life. (The Girl’s Festival is celebrated on March 3).

Massive waves of people participate. Trains, airports and sightseeing spots are crowded during Golden Week, accommodations in tourist areas can be totally booked.

If you plan on traveling to Japan during this special holiday, special apps and a portable Wi-Fi device can make sure your trip is a golden week.

Why you need Sapphire Wi-Fi

You need your smartphone for scheduling tours, making restaurant reservations, and uploading pics to social media. You will definitely need a Sapphire International Mobile Hotspot device and your Japan WiFi data plan.